Part 2 of 4: Why an entrepreneurial innovator chose to stimulate demand for his automotive market solution with sustained PR & thought leadership building, years before he began advertising. And how the strategy reaped dividends for his business through acquisition and well beyond.

My agency Agility PR supported his business’s growth right through the Great Recession of 2009-2013 and out the other side. We were still there through eTag’s acquisition by ASSA Abloy in late 2014, when eTag became the software offering within the Traka Automotive solution.

I wanted to find out why Paul Smith, who is now heading up Traka Automotive’s international expansion, stuck with our brand of thought leadership campaigning through that 12 year period. I also wanted to probe what attracted him to us in the first place.

In the second of the 4 part series of blogs based on my interview of longstanding Agility PR client Paul Smith, we focus on the level of marketing spend which worked for Paul and how a concentrated focus on serving the customer well supported such rapid growth.

A3. “As we got beyond the innovators and into the early adopters amongst prestige car dealership groups we began to see volumes rise. So, by 2010-11 we were able to attract up to 20 leads per year right through Awareness, Interest, Desire, all the way through to taking Action. Of the 20 that we progressed through to hot sales lead stage, we were generally converting 14-15 of them.

“So, by the time we got them into the room to offer them our system, most were already sold on the benefits and understood that ROI would come fairly swiftly – if not immediately from stopping car thefts or key losses, then certainly from increasing staff productivity.

“It was fine that we did not close the sale with all our prospects first time around, as long as they did not go to a competitor. Indeed, what it normally meant was that the 5 to 6 who did not buy immediately were pushed further along the adoption curve – they remained hot leads. We would close a sale linked to the people involved later, perhaps after they’d moved dealerships.

“For me, sales opportunities were part of a continuous process of raising awareness, winning their engagement, and building a relationship with a view to selling at the time that was right for them.”

“We also knew that a blunt instrument like cold calling was not going to be effective. The kind of benefits we were talking about and price tag involved, meant that trying to get them from cold to engaged was way too much to ask of an outbound caller.

“Sure, you might pick up a sale eventually, but you would have to call over a 1,000 decision-makers to get one with pre-awareness and understanding of the product who had reached a point of readiness to get us in. It looked way too inefficient.

“We just had to get our message out there and it got easier once we were able to start developing case studies from 2012 onwards. The first one you wrote for us back in mid-2012 was Essex Auto Group. That was an important breakthrough because it showed that ROI could be delivered for our system even outside the major prestige dealerships, as long as the group was large enough.”

“One thing I am very proud of is that, throughout our existence, we’ve never lost a client. We’ve always focused on doing right by the customer pre-sale as well as after the sale. In this way, a growing army of customers became a growing list of happy advocates for us.

“Also, the longer the relationship, the better it worked for us. We were more interested in the recurring revenue streams from software licenses and support services. I was less interested in just selling and installing the hardware. Way back then this was unusual thinking. However, now that we’ve had the SaaS revolution, most of us are getting used to buying products and services via regular monthly subscriptions.”

Q4.  With all that in mind, do you have any tips for retaining customers forever?

A4. “I’ve always believed in the Law of Reciprocity. For example, we were always developing our software ahead of the demand from customers, always enhancing the UI/UX without waiting for customers to ask for it. We were also going above and beyond the contractual commitments to spend time on site understanding issues, training and re-training and suggesting improvements to the customer processes. Give it to them without waiting to be asked and loyalty is won. There is a positive feeling that comes from this which leads to them advocating for you when they speak to others about eTag. The positivity flows back in the shape of new customers. Hard to measure but I firmly believe this worked well for us over the years”

Q5. Within just over 2 years from 2009 to 2011, you quadrupled the numbers of vehicles you were protecting to exceed 2m cars managed via eTag. How did that happen?

A5. “Quite simply, most of the dealer groups that selected eTag in those early years were growing fast. They were building new sites and expanding the amount of stock they were holding. More cars meant more slots for car keys in the cabinets we were fitting. They were doing more business which meant more key movements which the system tracked – further illustrating the value of the system. Nearly all our customers became more valuable to us right through the 2010s. During this period, I never saw a dealership that was reducing the amount of stock it held.

“Things got more positive for us as eTag was seen as part of the success story for dealerships. In other words, our systems unlocked efficiencies – selling more cars and servicing more vehicles – which enabled dealerships to consider growing their footprint further and making further site upgrades. We were part of this self-perpetuating virtuous circle – we just needed to communicate that. Again, Agility PR helped with that work.”

Q6. eTag was sold to ASSA ABLOY and became Traka Automotive in late 2014. What was the reason for selling out when you did?

A6. “There were quite a few reasons why it made sense. Firstly, eTag was restricted to the UK because we had no local representation outside the UK which made expanding overseas near nye impossible.

“Secondly, key management solutions require a reasonable investment by the customer and, as a distributor, we did not have control over hardware costs. This meant that we were largely restricted to very large dealer groups and prestige players in the early days!

“I also have a vision to make a difference for car dealers around the world not just in the UK. I could not square that vision and ambition with remaining routed in the top 30% of the UK dealership world alone.

“Being part of Traka, which was already part of the leading global access solutions provider ASSA ABLOY, meant we had the platform for global leadership in automotive key management.”

Q7. What were the challenges of selling out and how did it feed through to further growth for you?

“We benefited very significantly from being part of Traka. Margins were of course now better and pricing more flexible. During the first full year of operating as Traka Automotive in 2016 we doubled in size. Then we doubled again by the end of 2018.

“Because we had the support of a group that was perhaps 20 times larger than us, we were able to increase our spend on marketing. For example, we began advertising for the first time in 2016 and Agility PR’s remit then covered media buying, advertorial writing, banner advert design and performance tracking and more.”

Q8. How did that increased spend on marketing support you? What worked well and what did not work for you, given a near tripling of the overall marketing budget during this period?

“It’s one of the problems with marketing. It’s still difficult to prove the direct correlation between marketing spend and sales. But interestingly, we tripled marketing spend in 2016 and maintained that same increased budget for three years (2016-2018) during the very period that revenues quadrupled.

“If you are a believer in using PR and advertising to grow awareness and educate the market then you simply know there is a correlation. However, if you don’t believe that marketing works, then you’ll always say, ‘how do you measure the results of that increased spend?’ It’s that simple.”

“Clearly digital marketing and well applied marketing automation offers a real opportunity to track leads through deepening levels of engagement (by serving them content journeys and analysing their consumption of that content) until they are judged to be ‘hot leads’ which you can pass to the sales team for a call.

“However, very few companies have reached that level of maturity with their digital marketing. Even the very early adopters of marketing automation are not there yet, although it’s getting much closer and it’s certainly possible to measure Return on Engagement (ROE) if not ROI today. That is where Traka is heading now. Within a couple of years, it will be possible to measure that correlation between marketing spend and sales results pretty accurately.

My 4 Key Take Aways from this time with Paul Smith were: 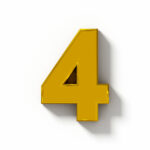